Originally written by Analytics Demystified on May 22, 2018

When I am working on a project to audit someone’s Adobe Analytics implementation, one of the things I often notice is a lack of organization that surrounds the implementation. When you use Adobe Analytics, there are a lot of “components” that you can customize for your implementation. These components include Segments, Calculated Metrics, Reports, Dashboards, etc. I have some clients that have hundreds of Segments or Calculated Metrics, to the point that finding the one you are looking for can be like searching for a needle in a haystack! Over time, it is so easy to keep creating more and more Adobe Analytics components instead of re-using the ones that already exist. When new, duplicative components are created, things can get very chaotic because:

For these reasons, I am a big fan of keeping your Adobe Analytics components under control, which takes some work, but pays dividends in the long run.  A few years ago, I wrote a post about how you can use a “Corporate Login” to help manage key Adobe Analytics components. I still endorse that concept, but today, I will share another technique I have started using to organize components in case you find it helpful. 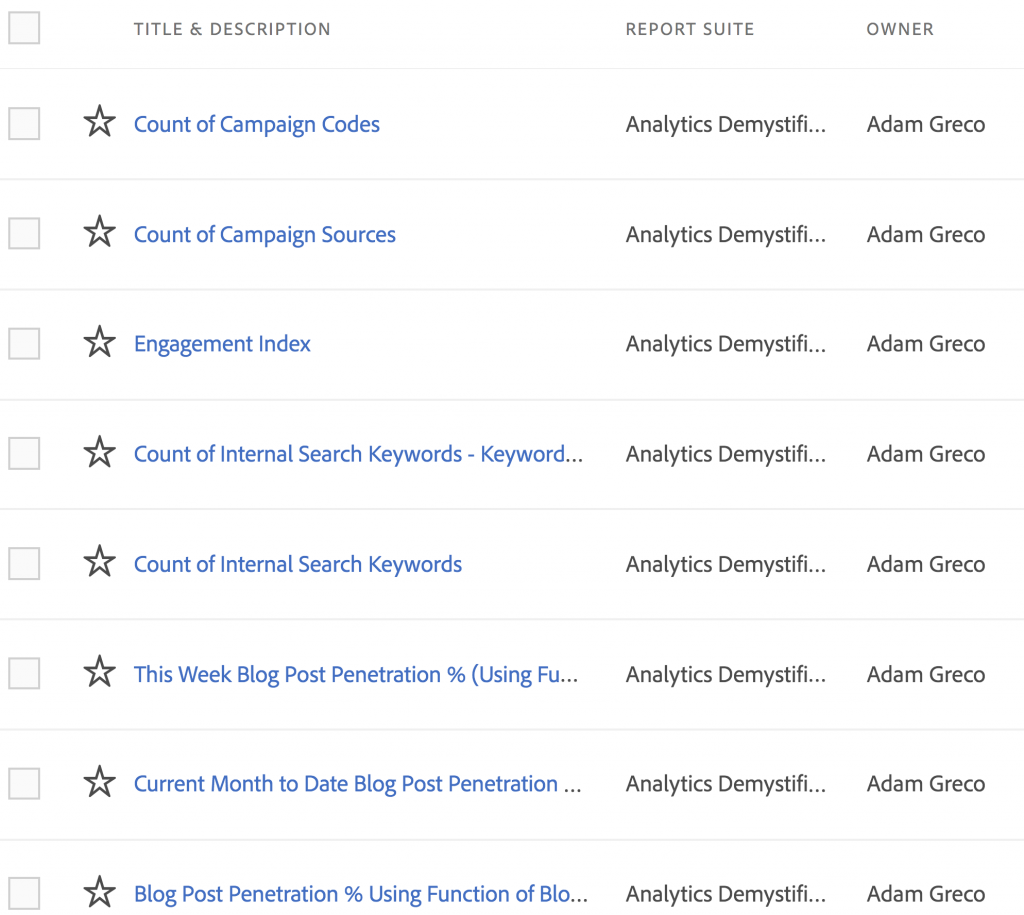 Unfortunately, my search came up empty, so I would likely go ahead and create a new Net Promoter Score Calculated Metric. What I didn’t know is that one already exists, it was just named “NPS Score” instead of “Net Promoter Score.” And since people are not generally good about using standard naming conventions, this scenario can happen often. So how do we fix this? How do we avoid the creation of duplicative components? 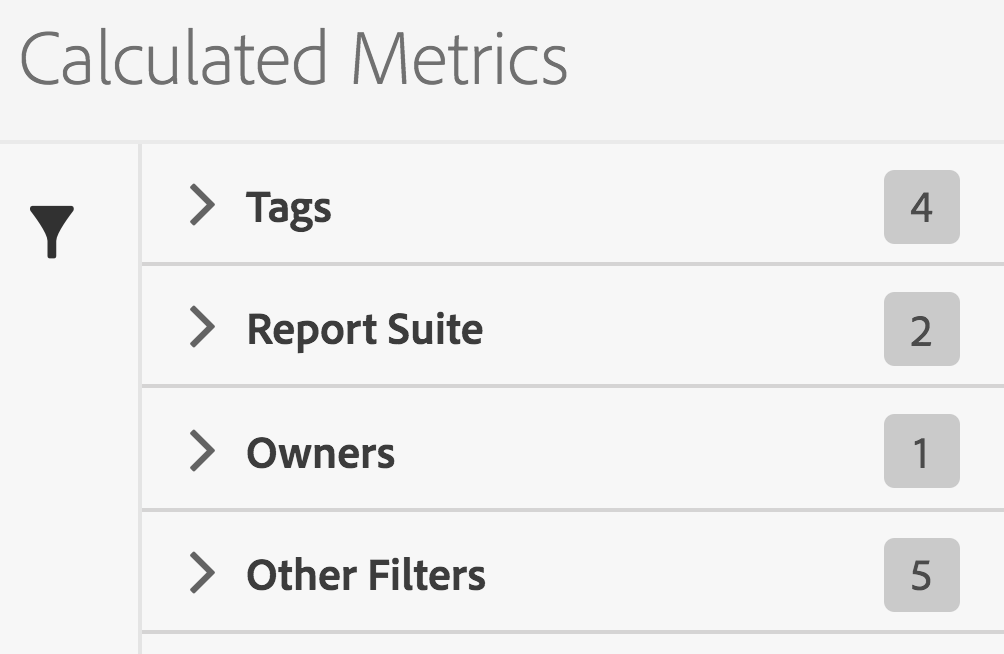 It would be great if Adobe had a way that you could filter on variables (Success Events, eVars, sProps), but that doesn’t exist today. The next best thing would be the ability to have Adobe Analytics find Calculated Metrics (or other components) by variable when you type the variable name in the search box. For example, it would be great if I could enter this in the search box:

But, alas, this doesn’t work either (though could one day if you vote for my idea in the Adobe Idea Exchange!).

Tagging to the Rescue!

Since there is no good way today to search for components by variable, I have created a workaround that you can use leveraging the tagging feature of Adobe Analytics. What I have started doing, is adding a tag for every variable that is used in a Calculated Metric (or Segment). For example, if I am creating a “Net Promoter Score” Calculated Metric that uses success event# 20 and success event# 21, in addition to any other tags I might want to use, I can tag the Calculated Metric with these variable names as shown here: 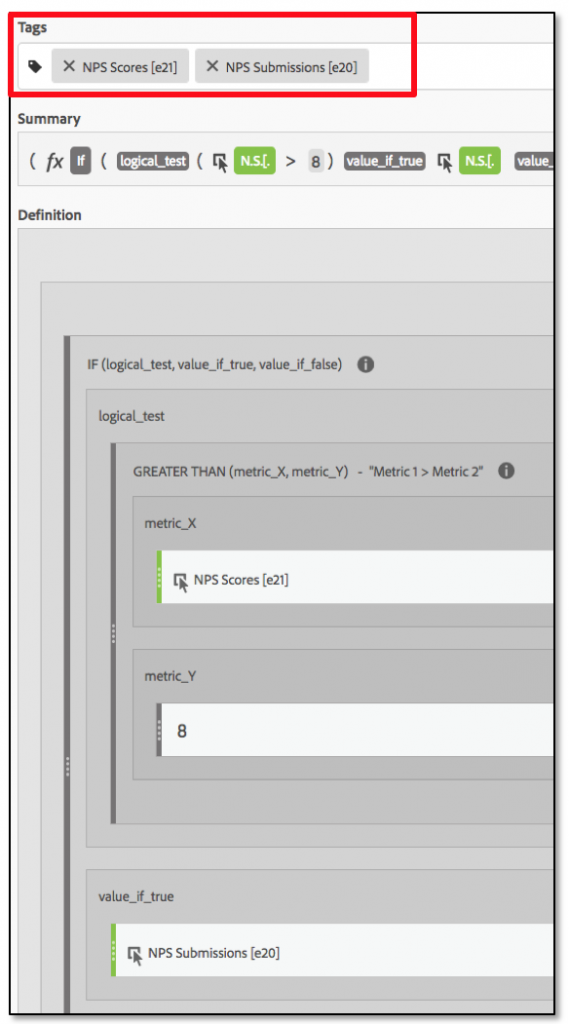 Once I do this, I will begin to see variable names appear in the tag list like this: 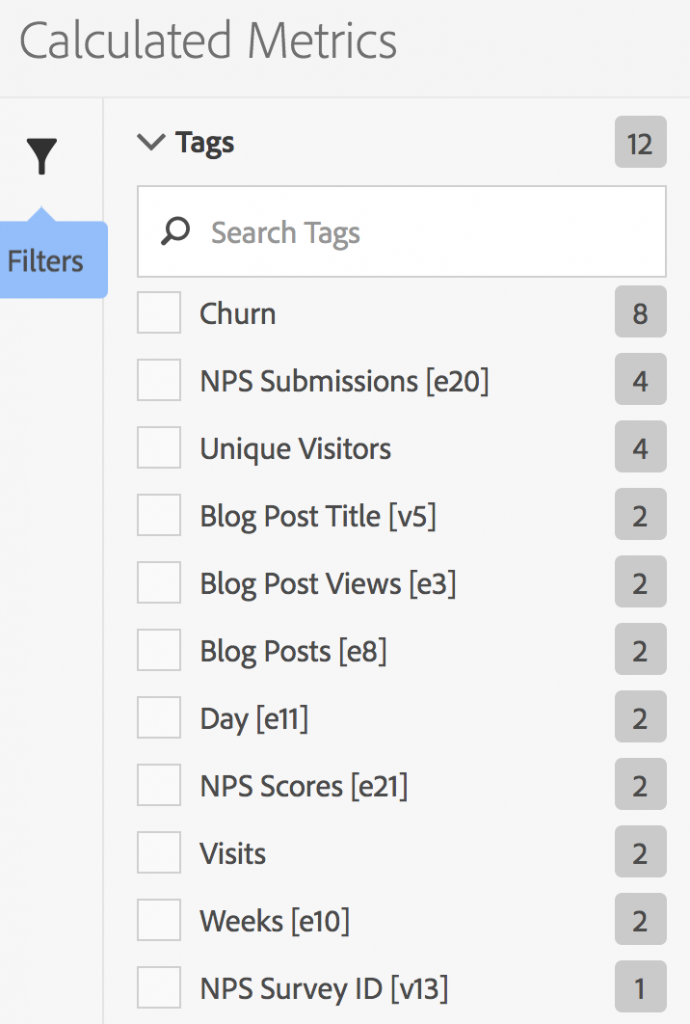 Next, if I am looking for a specific Calculated Metric, I can simply check one of the variables that I know would be part of the formula… 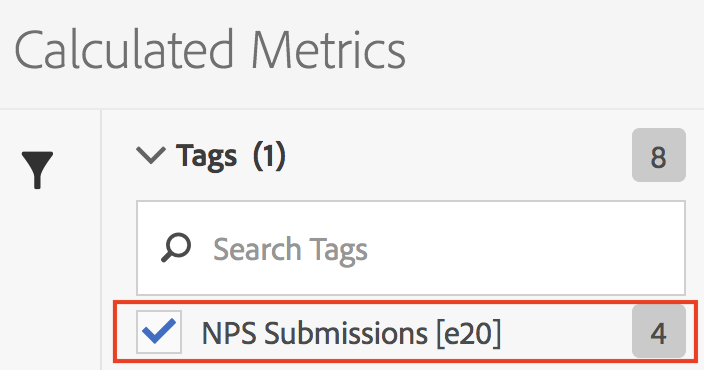 …and Adobe Analytics will filter the entire list of Calculated Metrics to only show me those that have that variable tag: 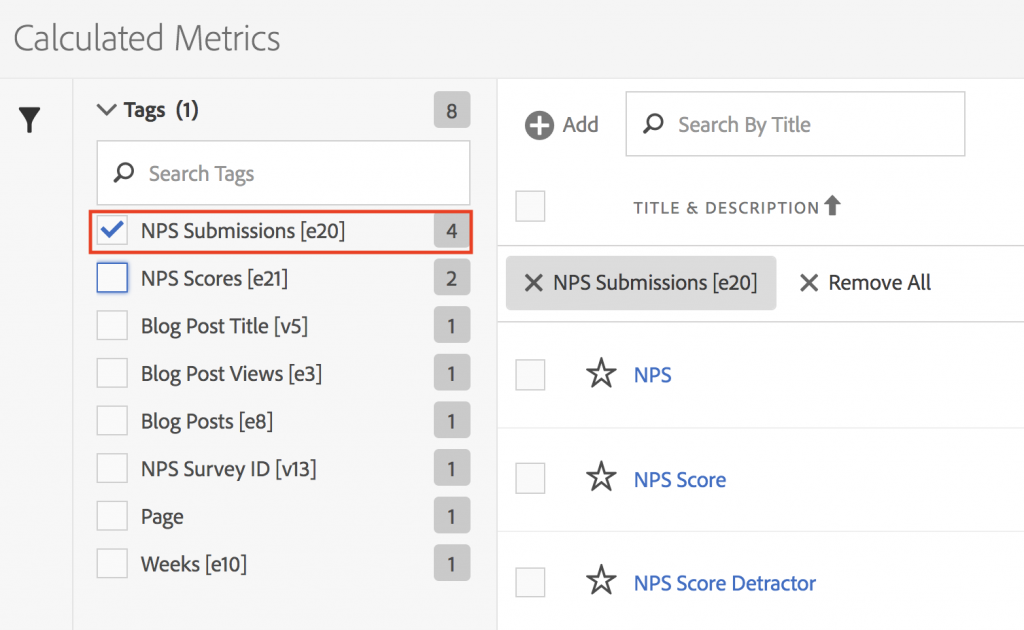 This is what I wish Adobe Analytics would do out-of-the-box, but using the tagging feature, you can take matters into your own hands. The only downside is that you need to go through all of your existing components and add these tags, but I would argue that you should be doing that anyway as part of a general clean-up effort and then simply ask people to do this for all new components thereafter.

The same concept can be applied to other Adobe Analytics components that use variables and allow tags. For example, here is a Segment that I have created and tagged based upon variables it contains:

This allows me to filter Segments in the same way:

Therefore, if you want to keep your Adobe Analytics implementation components organized and make them easy for your end-users to find, you can try out this work-around using component tags and maybe even vote for my idea to make this something that isn’t needed in the future. Thanks!