Last night was another great Web Analytics Wednesday in Columbus, courtesy of the Web Analytics Wednesday Global Sponsors (Analytics Demystified, SiteSpect, Coremetrics, and IQ Workforce). We had a respectable turnout of ~25 people (not including children) and a great time! And, all the better, I got to blind people with the flash on my new camera. A few of the highlights on the picture front: 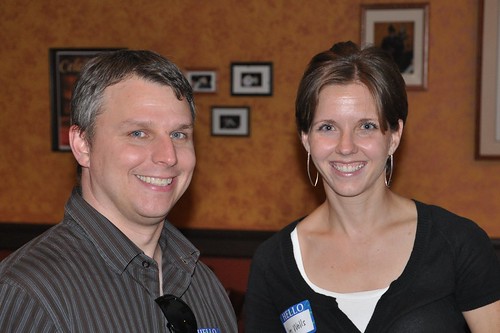 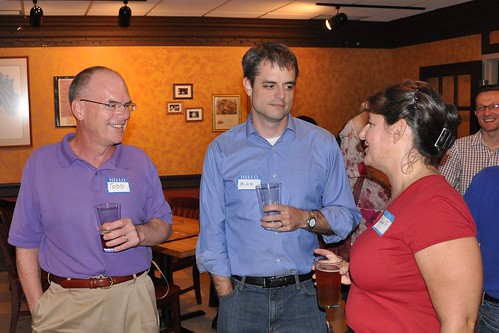 The Erics — Goldsmith from AOL and Diaz from Diaz & Kotsev Business Consulting (not shown: the THIRD Eric — Eric Moretti from Quest Software) 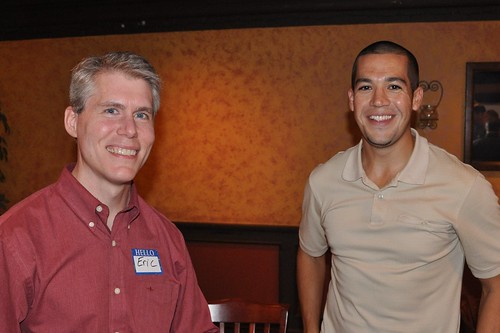 The picture that didn’t come out well was the one of Laura Thieme of BizResearch with her daughter, Melina — hanging out on her mom’s shoulder…and ‘nary a peep the whole evening (why couldn’t I have had one of those kids?!)! And (cliche warning) cute as a button! As it turned out, Melina wasn’t the only kid who made an appearance — Dave Culbertson’s sons were in attendance on the periphery for the first part of the evening as well.

Rather than a formal presentation, we did an interactive, get-to-know-each-other, have-a-chuckle activity — conceived of and coordinated by Dave Culbertson from Lightbulb Interactive. Unlike my attempts to photograph Melina and Laura — where I only took one shot and then figured the flash was just cruel — I kept clicking the shutter at Dave until he struck a sufficiently expressive pose: 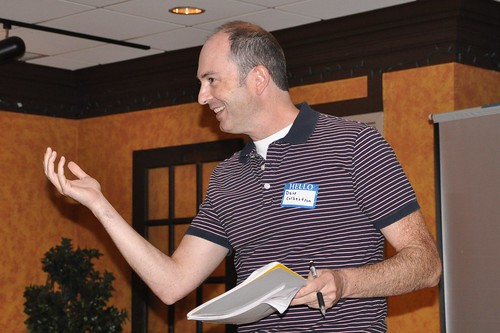 What Dave walked us through was a segmentation exercise: he had a list of questions, each with four possible answers, and we had to segment / re-segment ourselves after each question by going to the area of the room designated for how we would answer that question. An incomplete list of the questions:

After we’d segment ourselves, Dave would ask a few follow-up questions of the group. It really did turn out to be a lot of fun (and, if you’re reading this post and recommended a book on that question, please leave a comment with the book you recommended! There sounded like some excellent reads there, and I wasn’t taking notes!)

For my part, I enjoyed getting folks’ take on the Omniture acquisition by Adobe. And, Bryan Huber mentioned what sounds like a pretty slick tool for <social media buzzword>online listening</social media buzzword> that factors in the influence of the person who commented about your brand as well as what they said — another part of the evening where I wasn’t taking notes (but, come on, the pictures ARE fabulous, right?).

So, that’s the hasty recap of the evening. By the time this post publishes, I’ll be on my descent into Boston for a lonnnnng weekend with Mrs. Gilligan: 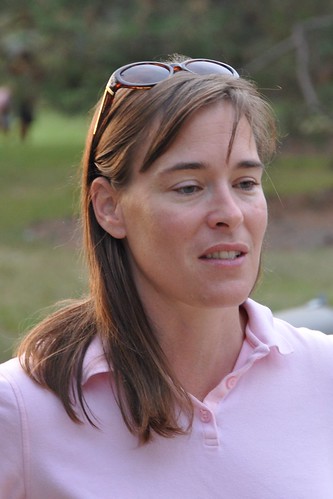 (And, for you, Eric G., none of the photos used in this post were subjected to post-processing other than cropping. There’s no way I’m going to be able to stick with that, though!)