Originally written by Michele Kiss on May 25, 2017

This is an update to a 2017 blog post, since there are a ton of new features in Data Studio that make some of the old methods unnecessary. If you really need the old post (I can’t fathom why) maybe try the Way Back Machine?

Given so many sites have some sort of conversion funnel (whether it’s a purchase flow, a “contact us” flow or even an informational newsletter signup flow), it’s a pretty common visualization to include in analytics reporting. For those using Google’s Data Studio, you may have noticed that a true “funnel” visualization is not among the default visualization types available. (Though you may choose to pursue a Community Visualization to help.)

The way I choose to visualize conversion funnels is by leveraging an horizontal bar chart: 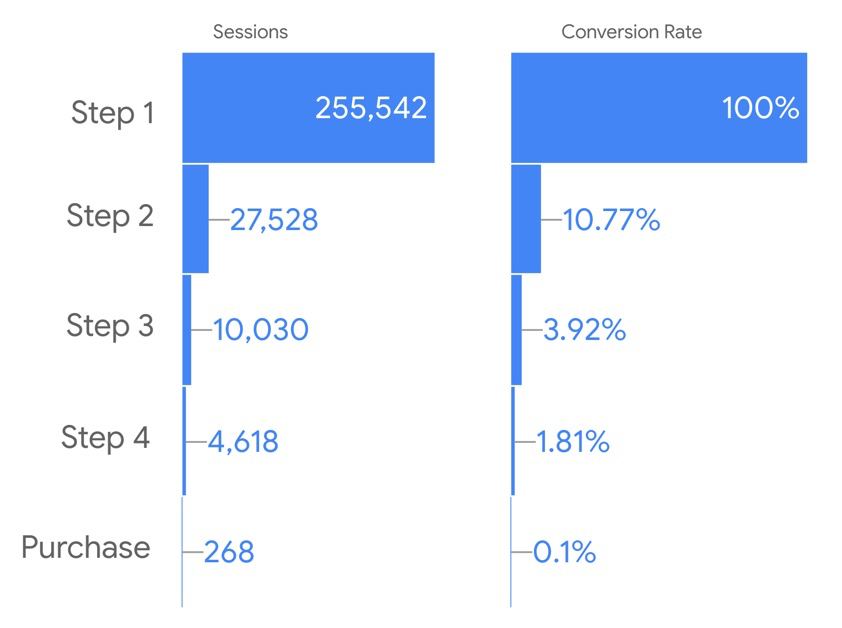 To create this type of visualization, you will need:

For example, here I am using Goal Completions: 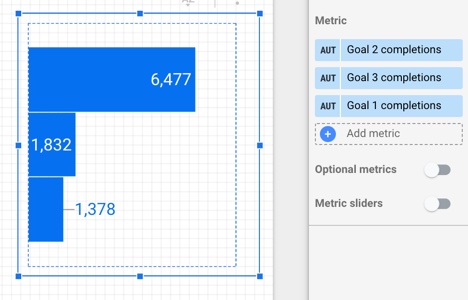 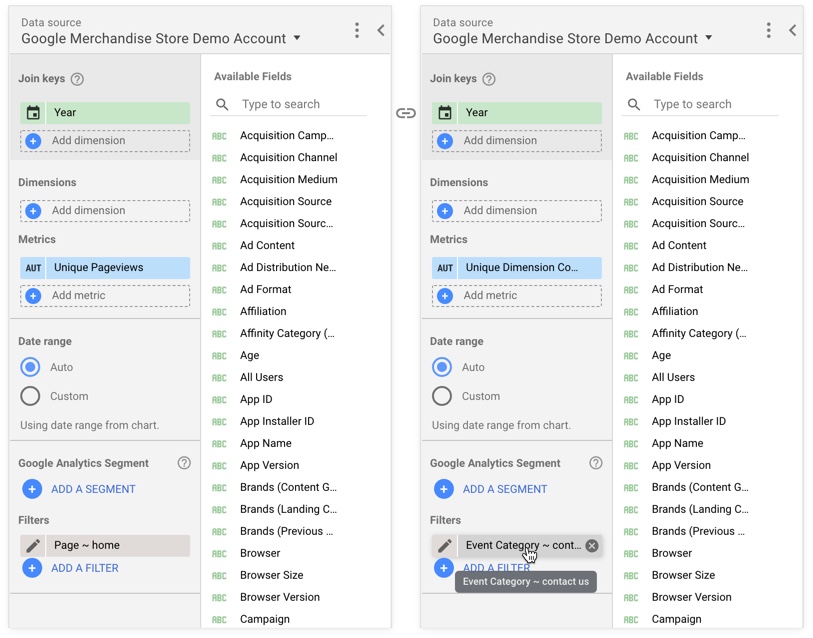 But remember a blend will only work if you have five funnel steps or fewer.

Here’s what happens to your visualization if you try to use a dimension with multiple values: 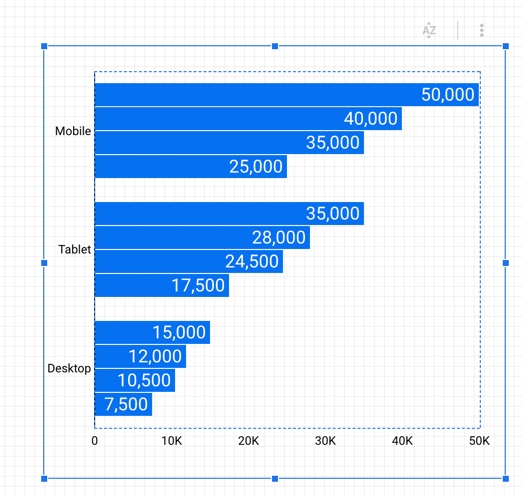 Basically what you want is to create a bar chart, with no dimension. But since that’s not an option, we use a dimension with a single value to mimic this.

You can create one super fast in your Data Source in Data Studio, by creating a CASE statement similar to this:

And don’t try to make your life easy by choosing “year”, thinking that “well it’ll only have one value, this year!” — when Jan 1 rolls around and all your funnels break, you’ll be annoyed you didn’t take the extra two seconds.

Our visualization is then a horizontal bar chart, with our “single value dimension” as the dimension, and our steps as the metrics. 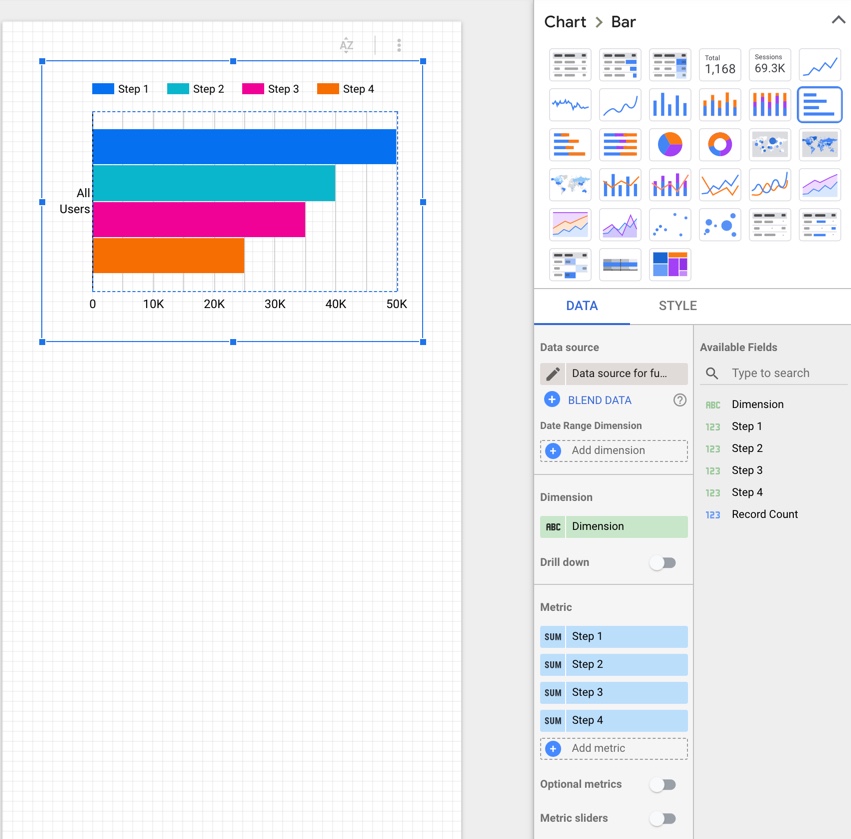 2. Change the colors to be all the same color 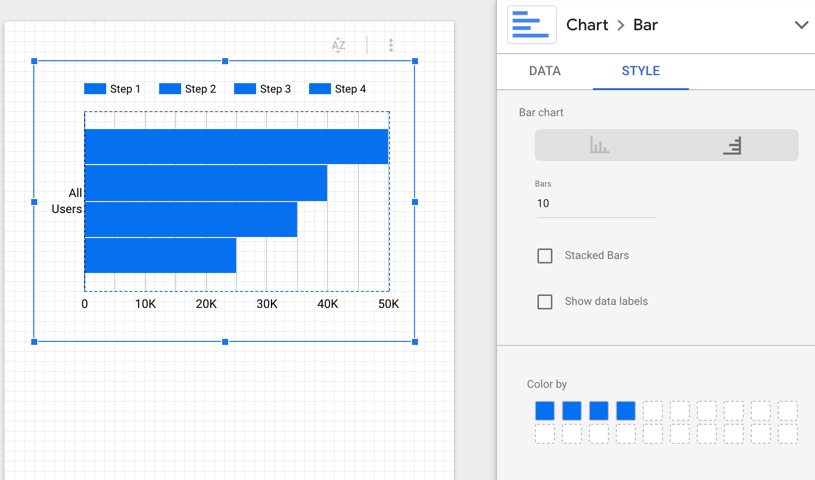 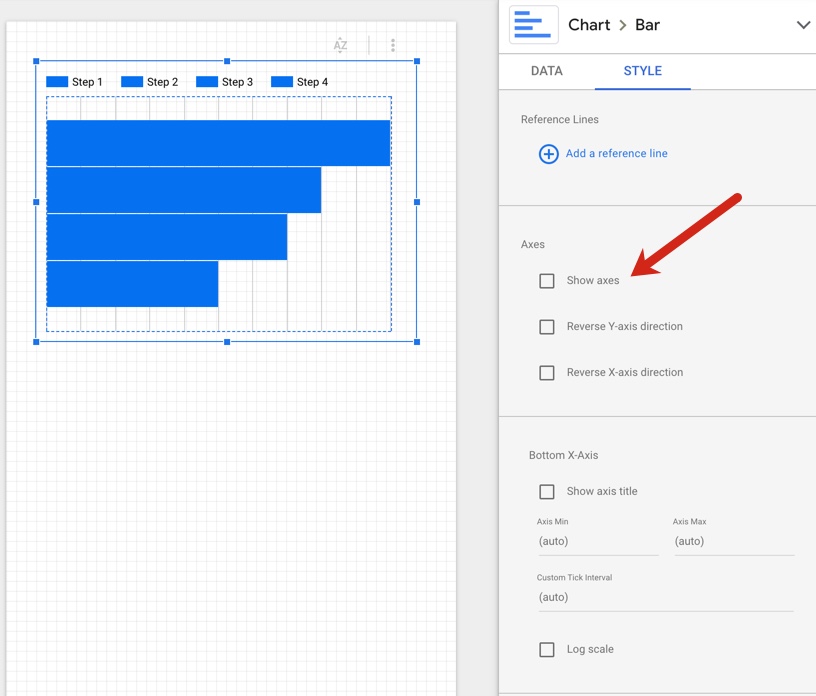 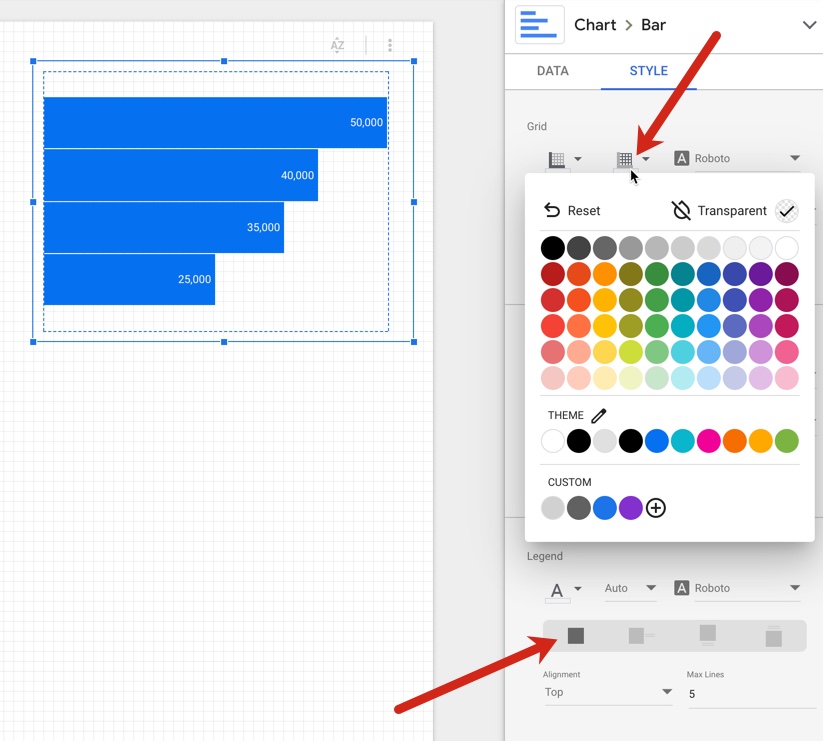 You’re going to want to create calculations for each step of the funnel: 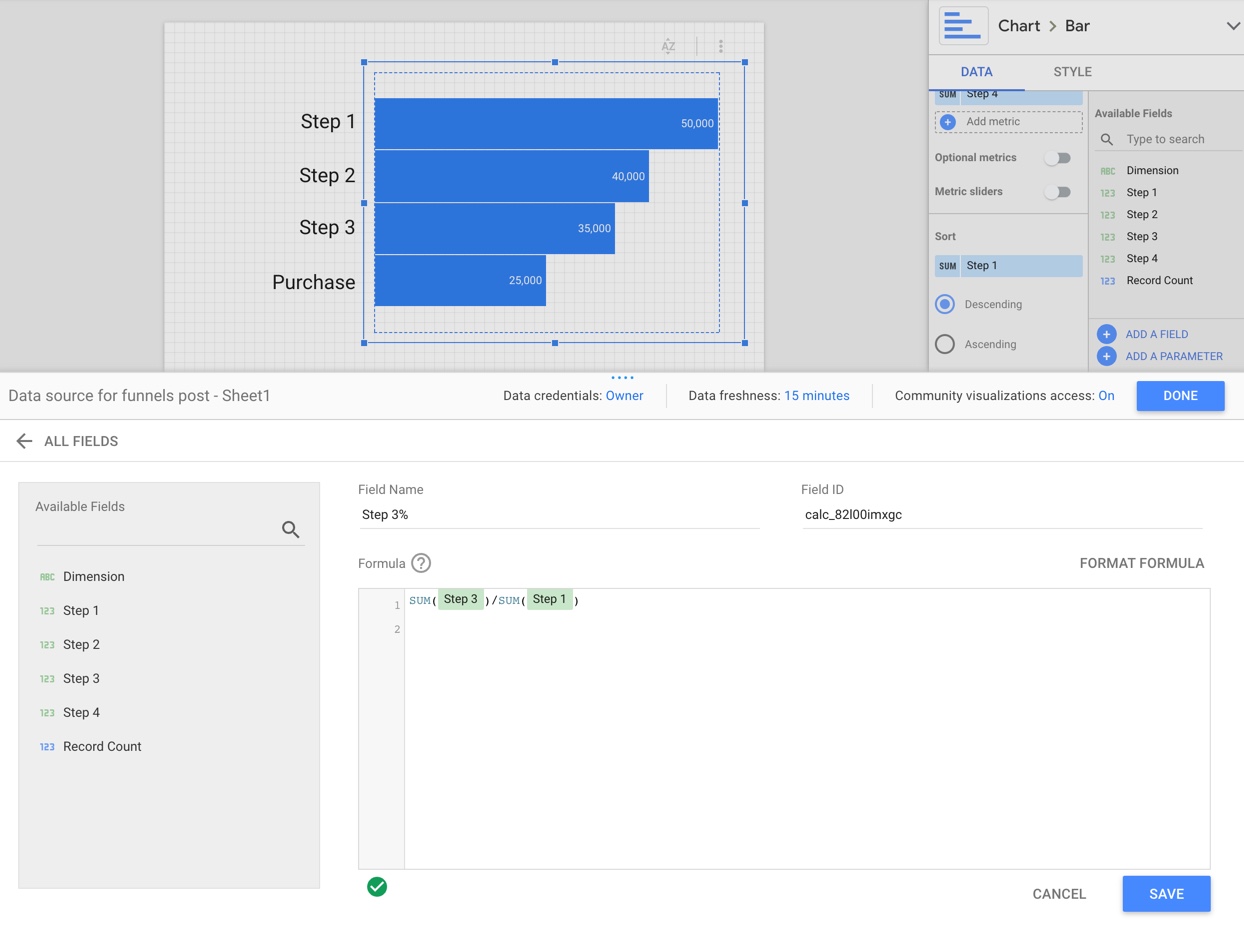 This will give you the conversion rate from the first step of the funnel. (And yes, Step 1 % will be 100%, it’s supposed to be!)

Side note: I tend to put the % sign in the formula, so it makes it easy for me to search for it in the list of metrics later.

And make sure you format as a percentage, so you don’t have to constantly adjust it in the chart.

Note that you could also add a “Step-to-Step” conversion as well:

Step 1% s2s (This formula is actually the same, so I don’t bother creating another one)

Step 2% s2s (This formula is actually the same, so I don’t bother creating another one)

Purchase% s2s (This is a different formula to the one above)

The hardest part is getting your data into the right shape (e.g. having a metric for each step.)

And it used to be a lot harder, before some newer features of Data Studio! (In my day, we used to have to create funnels for three miles in the snow…)

If you have any questions, please don’t hesitate to reach out to me via Twitter, Linked In, email or Measure Chat.