If you are a veteran Adobe Analytics (or Omniture SiteCatalyst) user, for years the term attribution was defined by whether an eVar was First Touch (Original Value) or Last Touch (Most Recent). eVar attribution was setup in the administration console and each eVar had a setting (and don’t bring up Linear because that is a waste!). If you wanted to see both First and Last Touch campaign code performance, you needed to make two separate eVars that each had different attribution settings. If you wanted to see “Middle Touch” attribution in Adobe Analytics, you were pretty much out of luck unless you used a “hack” JavaScript plug-in called Cross Visit Participation (thanks to Lamont C.).

However, this has changed in recent releases of the Adobe Analytics product. Now you can apply a bunch of pre-set attribution models including J Curve, U Curve, Time Decay, etc… and you can also create your own custom attribution model that assigns some credit to first, some to last and the rest divided among the middle values. These different attribution models can be built into Calculated Metrics or applied on the fly in metric columns in Analysis Workspace (not available for all Adobe Analytics packages). This stuff is really cool! To learn more about this, check out this video by Trevor Paulsen from Adobe.

However, this post is not about the new Adobe Analytics attribution models. Instead, I wanted to take a step back and look at the bigger picture of attribution in Adobe Analytics. This is because I feel that the recently added Attribution IQ functionality is fundamentally changing how I have always thought about where and how Adobe performs attribution. Let me explain. As I mentioned above, for the past decade or more, Adobe Analytics attribution has been tied to eVars. sProps didn’t really even have attribution since their values weren’t persistent and generally didn’t work with Success Events. But what has changed in the past year, is that attribution has shifted to metrics instead of eVars. Today, instead of having a First Touch and Last Touch campaign code eVar, you can have one eVar (or sProp – more on that later) that captures campaign codes and then choose the attribution (First or Last Touch) in whatever metric you care about. For example, if you want to see First Touch Orders vs. Last Touch Orders, instead of breaking down two eVars by each other like this… 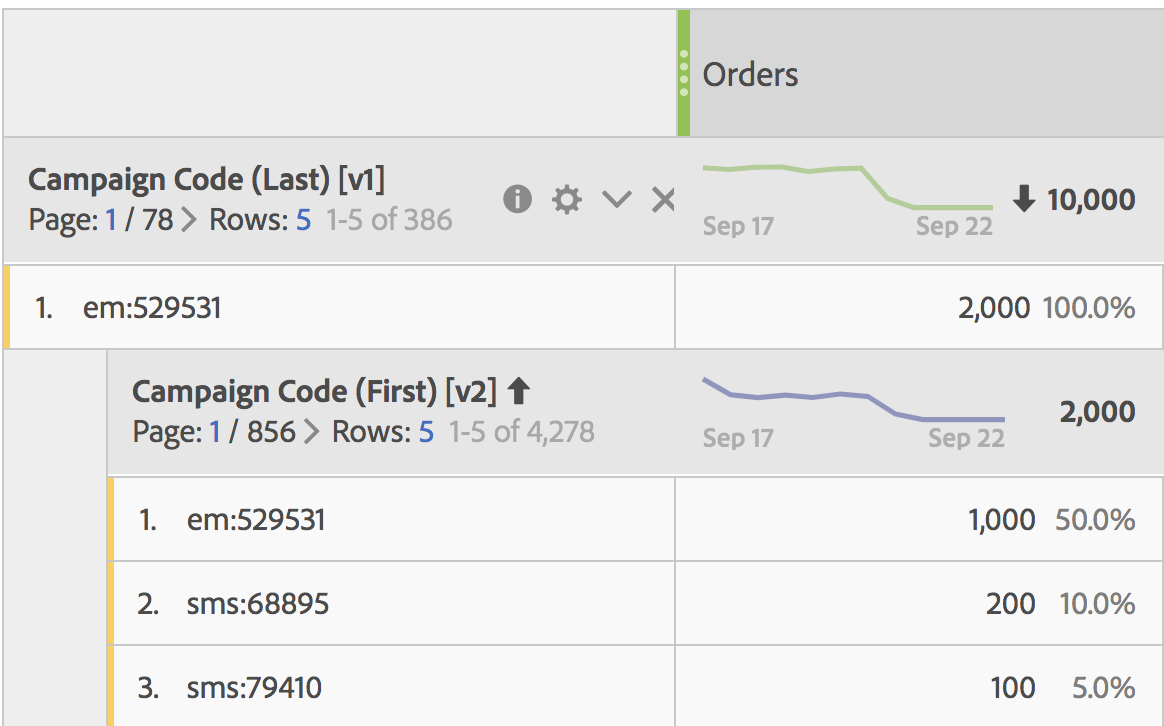 …you can use one eVar and create two different Order metric columns with different attribution models to see the differences: 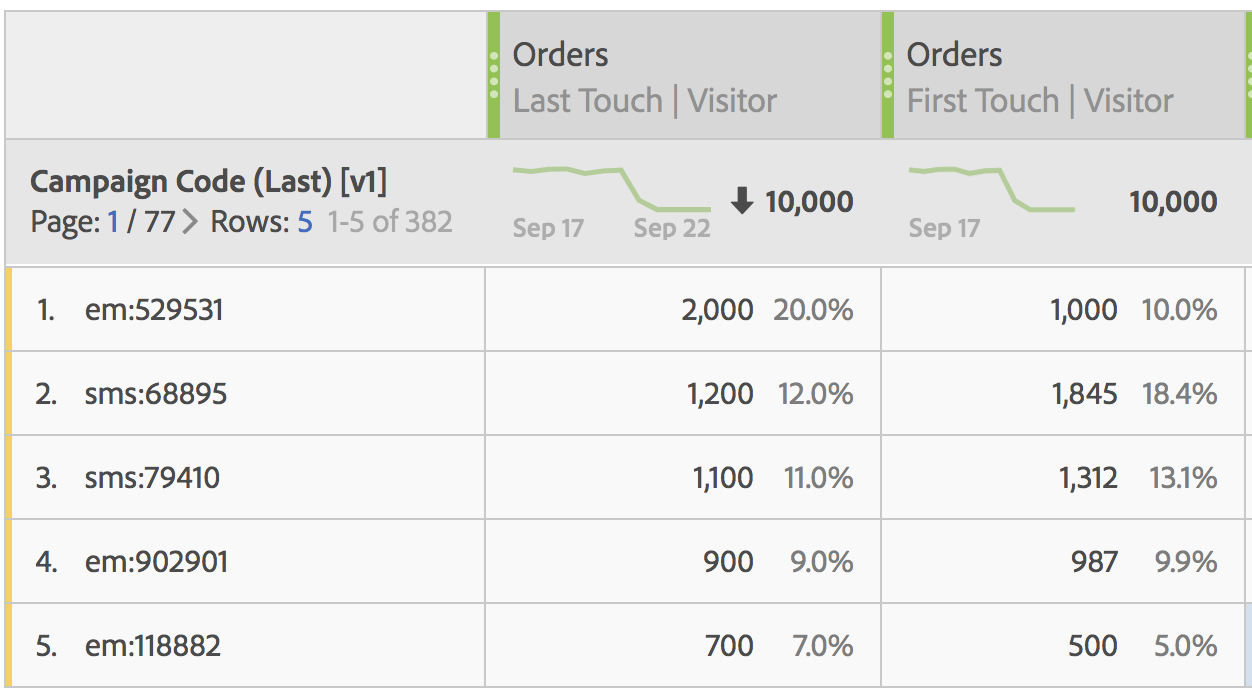 In fact, you could have metric columns for all available attribution models (and even create Calculated Metrics to divide them by each other) as shown here:

To prove this, here is an Analysis Workspace table based upon an eVar…

…and here is the same table based upon an sProp:

What Does This Mean?

So, what does this mean for you? I think this changes a few things in significant ways: