However, there are some cases in which, for a variety of reasons, you may choose to put a lot of data into an eVar or sProp with the intention of splitting the data out later using SAINT Classifications. Here are some examples:

One example of the latter I encountered with a client is shown here:

In this example, the client was low on eVars and instead of wasting many eVars, we concatenated the values and then split out the data using SAINT like this: 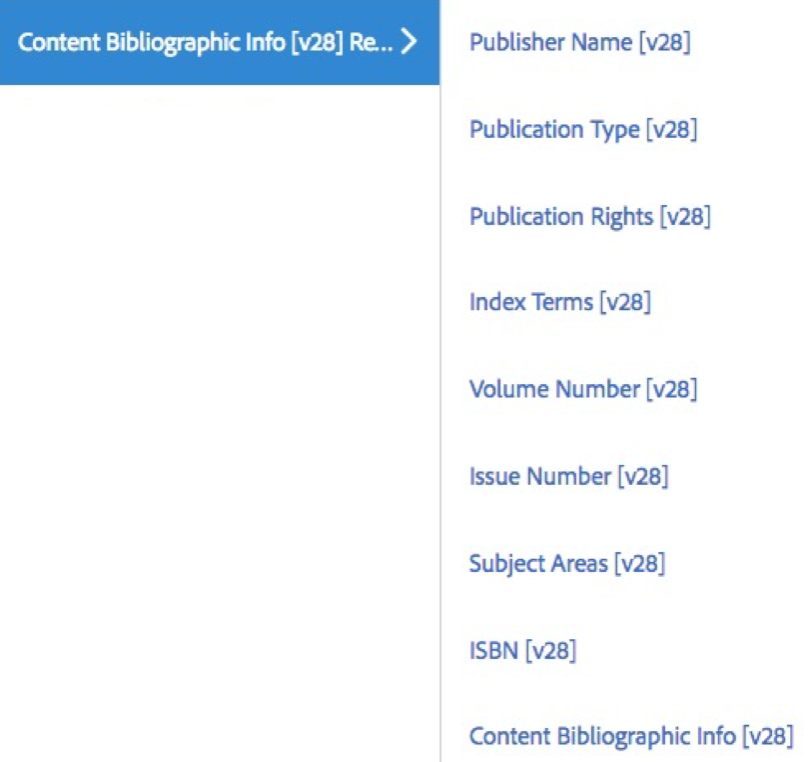 Using this method, the company was able to get all of the reports they wanted, but only had to use one eVar. The downside was that users could open up the actual eVar28 report in Adobe Analytics and see the ugly values shown above (yuck!). Because of this, a few years ago I suggested an idea to Adobe that they let users hide an eVar/sProp in the interface, but continue letting users view the SAINT Classifications of the hidden eVar/sProp. Unfortunately, since SAINT Classification reports were always tied directly to the “root” eVar/sProp from which they are based, this wasn’t possible. However, with the advent of Virtual Report Suites, I am pleased to announce that you now can curate your report suite to provide access to SAINT Classification meta-data reports, while at the same time not providing access to the main variable they are based upon. The following will walk you through how to do this.

The first step is to create a new Virtual Report Suite off of another report suite. At the last step of the process, you will see the option to curate/customize what implementation elements will go over to the new Virtual Report Suite. In this case, I am going to copy over everything except the Tracking Code and Blog Post Title (eVar5) elements as shown here: 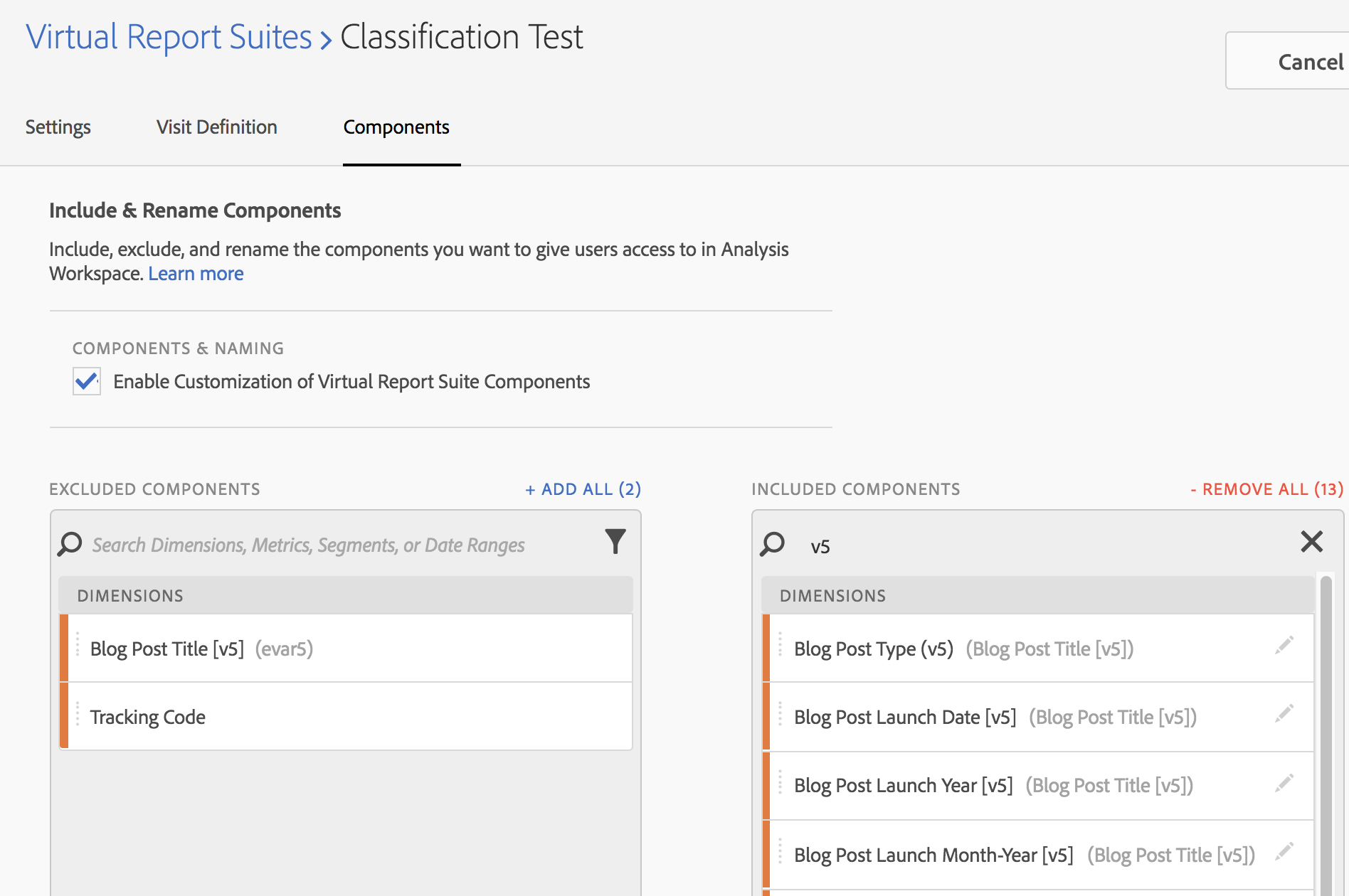 As you can see, I am hiding Blog Post Title [v5], but users still have access to the four SAINT Classifications of eVar5. Once the Virtual Report Suite is saved and active, if you go into Analysis Workspace and look at the dimensions in the left nav, you will see the meta-data reports for eVar5, but not the original eVar5 report: 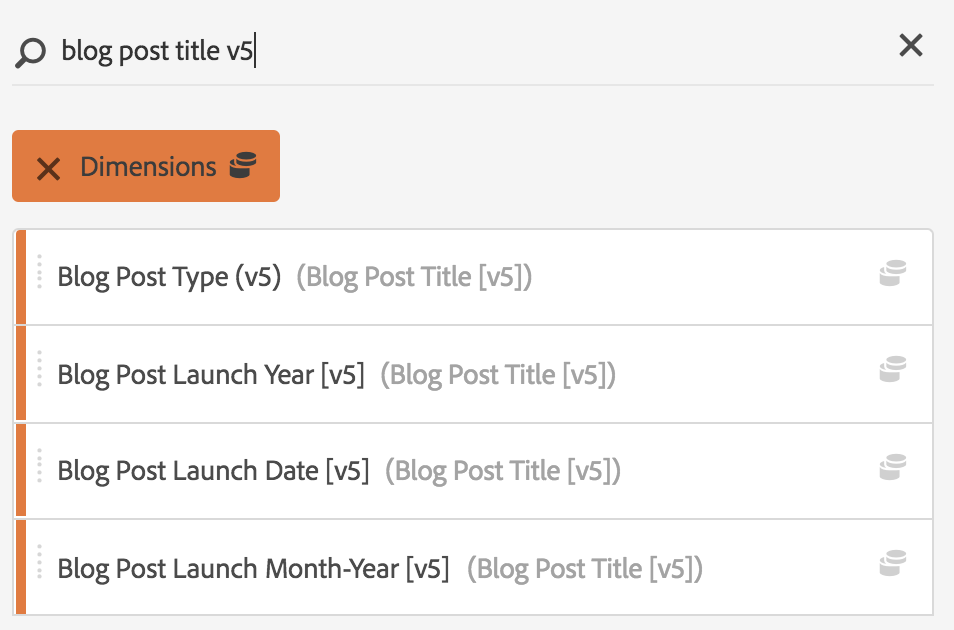 If you drag over one of the SAINT Classification reports, it works just like you would expect it to:

If you try to break this report down by the “root” variable it is based upon, you can’t because it isn’t there: 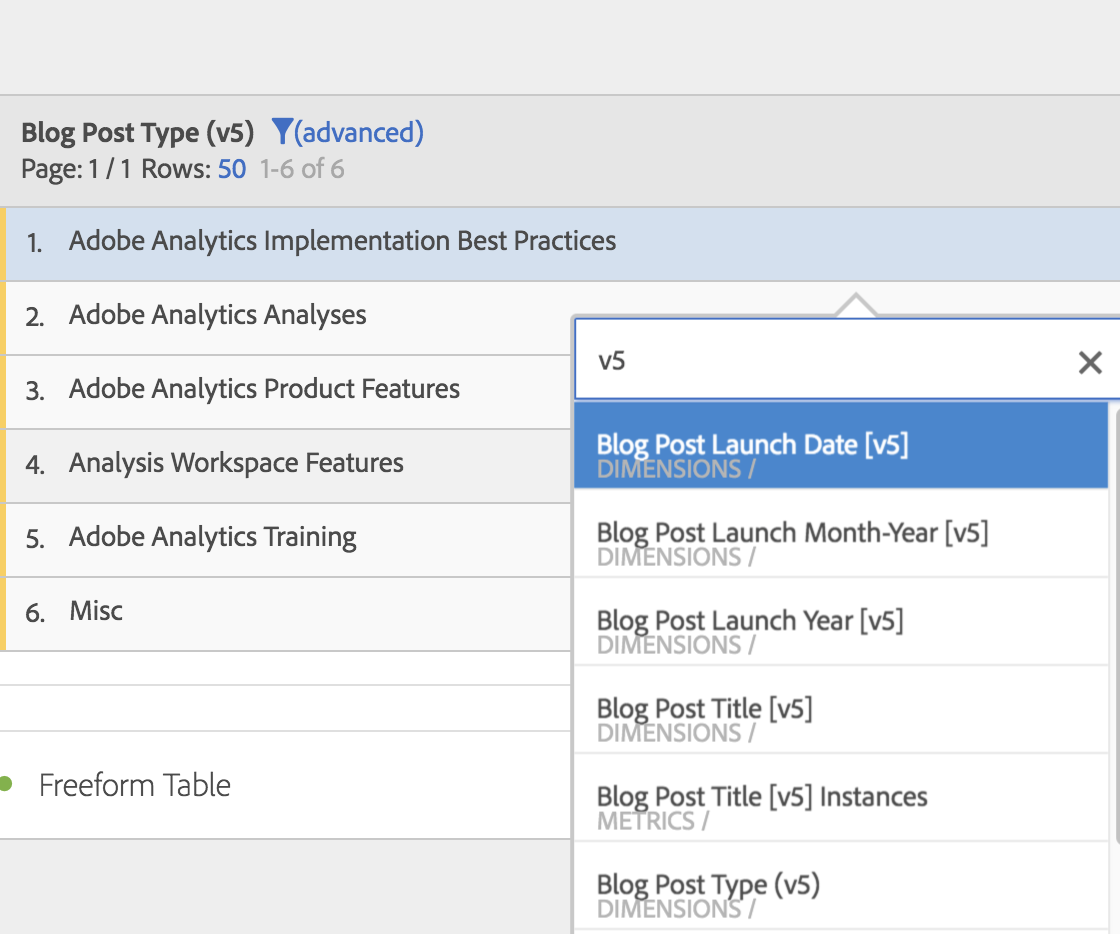 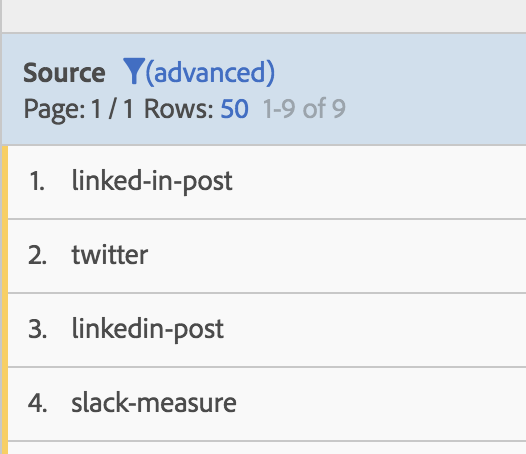 If you ever have situations in which you want to hide an eVar/sProp that is the “root” of a SAINT Classification, this technique can prove useful. Many of the reasons you might want to do this are shown in the beginning of this post. In addition, you can combine Virtual Report Suite customization and security settings to show different SAINT Classification elements to different people. For example, you might have a few Classifications that are useful to an executive and others that are meant for more junior analysts. There are lots of interesting use cases where you can apply this cool trick!