I was reading a post last week by one of the Big Names in web analytics…and it royally pissed me off. I started to comment and then thought, “Why pick a fight?” We’ve had more than enough of those for our little industry over the past few years. So I let it go.

Except I didn’t let it go. 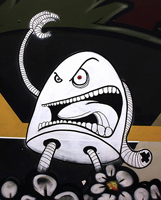 I was still fuming about it later that day.

And the next day.

I went back to the post to see if any of the commenters had called out the blather for what it was (I’d initially read the post shortly after it was published, so there were no comments at the time). Several dozen comments…and they were all fawning over the content: “This is brilliant! I’m totally going to start doing what this recommends.”

Here’s the issue: what the post recommended, in my mind, was wrong. And, thus…

There it is — in all of it digital pixel clarity from Merriam-by-gawd-Webster:

If a Big Name writes a post that I read as some of the worst possible advice ever gets glowingly praised by his acolytes (many of whom are my industry peers)…am I radical or an idiot? Is a radical just an idiot with delusions of grandeur (see Act Three from this recently rebroadcast This American Life episode)?

Sometimes, certainly. But, as I get older, spend more and more time in the analytics profession (I passed the decade mark several years ago), and continue to work with client after client that has approached their analytics work by trying to apply clichés that have been (mis)interpreted as best practices, I’m becoming increasingly entrenched in my belief that, while I may have some radical and contrarian views…these views are right.*

Some of my favorites (most hated) of these clichés:

Occasionally, I’ve taken some of these clichés head-on and ripped out a blog post, like this one about why I don’t include text-based commentary on dashboards. In other cases, I’ve bitten my tongue (I have permanent teethmarks on it to prove it. I’ve had to bite pretty hard).

But, these supposed truisms get my goat every time I come across them in a post or in my work. Just because a lot of people have said something, and it seems to make sense and be easy to comprehend, doesn’t make it true.

So, I’ll give myself the radical label — it’s easier to spell than contrarian.

That’s the easy part. What is the internet if not a forum for individuals to criticize and complain? (Well, it’s a place for people to post and view cat videos…but criticizing and complaining is easily in the Top 5.) That brings me to…

I am a pragmatist

I am a firm believer in the maxim:

“If you aren’t trying to change it, don’t complain about it.”

I can document that, in one way or another, I’ve spent well over half of my career trying to “change it.” I’ve tried out different approaches when I’ve seen “truisms” not work. I’ve refined how I approach different situations, and I’ve spent countless hours (well, in theory, they’re countable…but I haven’t always tracked my time at that level — poor data capture, I guess) developing and refining different ways to counter these industry myths.

At the core of that work is one word: pragmatism. I’ve never proposed an approach that isn’t workable in practice:

And I still fail. But I’m working on it. It’s why I’m now a consultant — I want to spend as much time with as many different analysts and marketers who realize “something isn’t working with this analytics stuff” at as many companies as possible to try to “change it.”

* I am an analyst to the core and am wired with the fairly common trait therein of rampant insecurity. I’ve spent most of my professional life assuming that everyone else knows a lot more than me, and it’s only a matter of time until I’m found out and revealed as an utter fraud. It takes a lot for me to make the bold statement: “I am right.”