Columbus Web Analytics Wednesday was last week — sponsored by Omniture, an Adobe company, and the topic wound up being “Facebook Measurement” (deck at the end of this post).

For some reason, Monish Datta cropped up — prominently — in half of the pictures I took while floating around the room. In my never-ending quest to dominate SEO for searches for Monish, this was well-timed, as I’m falling in the rankings on that front. You’d think I’d be able to get some sort of cross-link from http://www.monishdatta.com/, but maybe that’s not to be. 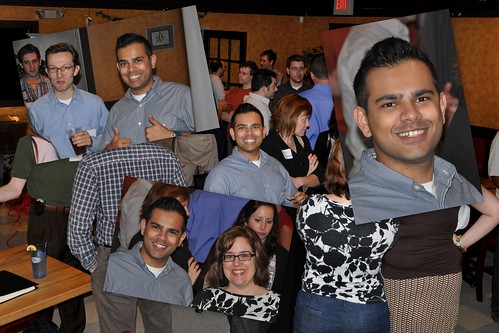 We had another great turnout at the event, AND we had a first for a Columbus WAW: a door prize. Omniture provided a Flip video camera and a copy of Adobe Premier Elements 8 to one lucky winner. WAW co-organizer Dave Culbertson presented the prize to the lucky winner, Matt King of Quest Software: 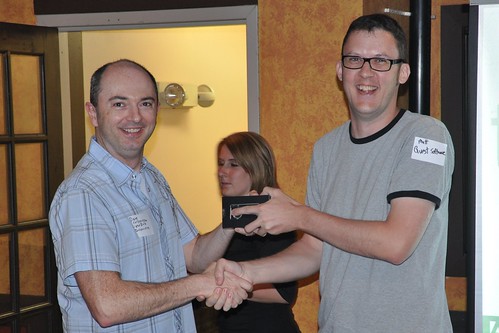 Due to an unavoidable last minute schedule change, I wound up pinch-hitting as the speaker and talked about Facebook measurement. It’s been something I’ve spent a good chunk of time exploring and thinking about over the past six months, and it was a topic I was slated to speak on the following night in Toronto at an Omniture user group, so it wound up being a nice dry run in front of a live, but friendly crowd.

I made some subsequent updates to the deck (improvements!), but below is substantially the material I presented:

In June, Columbus Web Analytics Wednesday is actually going to happen in Cincinnati — we’re planning a road trip down and back for the event. We’re hoping for a good showing!