Originally written by Analytics Demystified on May 16, 2016

It’s been a a couple of months since I posted about my continued exploration of R. In part, that’s because I found myself using it primarily as a more-powerful-than-the-Google-Analytics-Chrome-extension access point for the Google Analytics API. While that was useful, it was a bit hard to write about, and there wasn’t much that I could easily show (“Look, Ma! I exported a .csv file that had data for a bunch of different segments in a flat table! …which I then brought into Excel to work with!”). And, overall, it’s only one little piece of where I think the value of the platform ultimately lies. 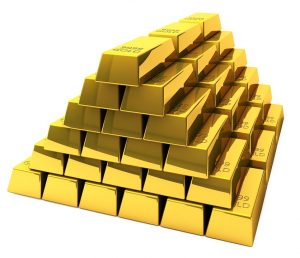 I’d love to say that the development of this app (if you’re impatient to get to the goodies, you can check it out here or watch a 3.5-minute demo here) was all driven up front by these value areas…but my nose would grow to the point that it might knock over my monitor if I actually wrote that. Still, these are the key aspects of R that I think this application illustrates:

Having said all of that, there are a few things that this example absolutely does not illustrate. But, with luck, I’ll have another post in a bit that covers some of those!

Where I Started, Where I Am Now

Nine days ago, I found myself with a free hour one night and decided to take my second run at Shiny, which is “a web application framework for R” from RStudio. Essentially, Shiny is a way to provide an interactive, web-based experience with R projects and their underlying data. Not only that, Shiny apps are “easy to write,” which is not only what their site says, but what one of my R mentors assured me when he first told me about Shiny. “Easy” is a relative term. I pretty handily flunked the Are you ready for shiny? quiz, but told myself that, since I mostly understood the answers once I read them, I’d give it a go. And, lo’ and behold, inside of an hour, I had the beginnings of a functioning app:

This was inspired by some of that “just using R to access the API” work that I’d been doing with R — always starting out by slicing the traffic into the six buckets in this 3×2 matrix (with segments of specific user actions applied on top of that).

I was so excited that I’d gotten this initial pass completed, that my mind immediately raced to all of the enhancements to this base app that I was going to quickly roll out. I knew that I’d taken some shortcuts in the initial code, and I knew I needed to remedy those first. And I quickly hit a wall. After several hours of trying to get a “reactive function” working correctly, I threw up my hands and asked Eric Goldsmith to point me in the right direction, which he promptly and graciously did. From there, I was off to the races and, ultimately, wound up with an app that looks like this: 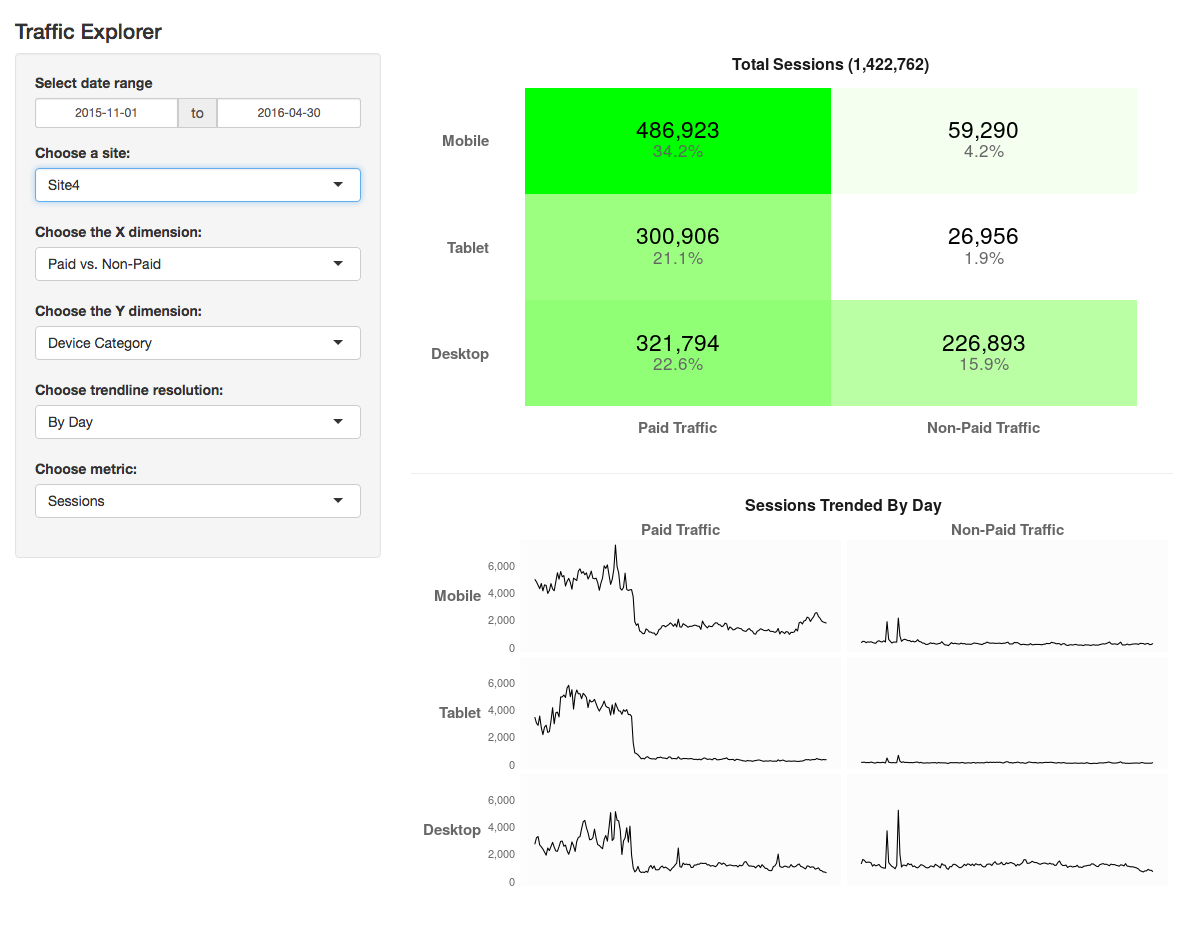 This version cleaned up the visualizations (added labels of what metric was actually being used), added the sparkline blocks, and added percentages to the heatmap in addition to the raw numbers. And, more importantly, added a lot more user controls. Not counting the date ranges, I think this version has more than 1,000 possible configurations. You can try it yourself or watch a brief video of the app in action. I recommend the former, as you can do that without listening to my dopey voice, but you just do whatever feels right.

What’s Going On Behind the Scenes

What’s going on under the hood here isn’t exactly magic, and it’s not even something that is unique to R. I’m sure this exact same thing (or something very similar) could be done with Python — probably with some parts being easier/faster and other parts being more complex/slower. And, it’s even probably something that could be done with Tableau or Domo or Google Data Studio 360 or any number of other platforms. But, how it’s working here is as follows (and the full code is available on Github):

The Most Challenging Things Were Least Expected

If someone had told me this exercise would take me ~17 hours of work to complete, I would have believed it. But, as often is the case for me with R, I would have totally muffed any estimate of where I would spend that time. A few things that took me much longer to figure out than I’d expected were: 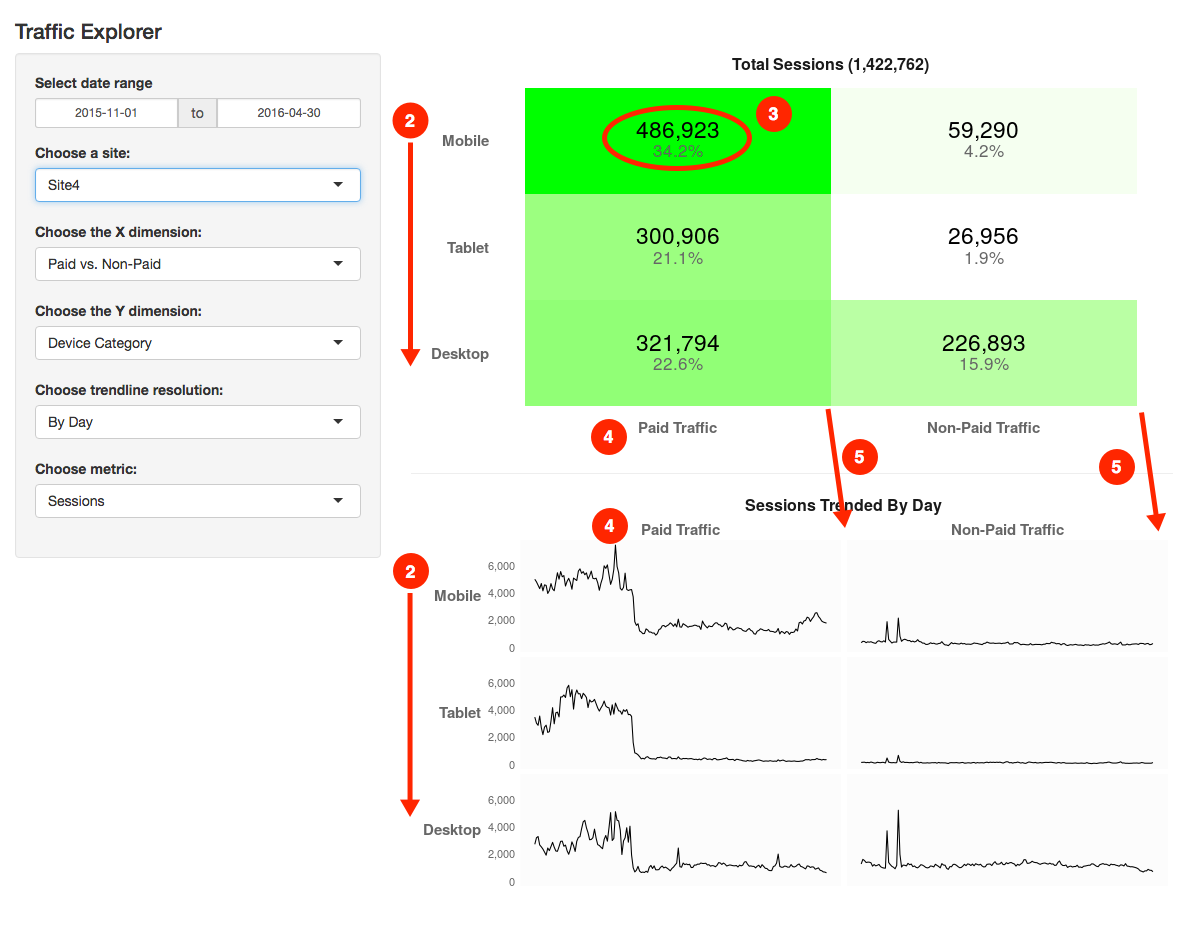 On the flip side, there were some aspects of the effort that were super easy:

Absolutely, one of the things I think is most promising about R is the ability to re-purpose and extend scripts and apps. In theory, you can fairly easily set up this exact app for your site (you don’t have to publish it anywhere — you can just run it locally; that’s all I’d done until yesterday afternoon):

Hopefully, although it may be inefficiently written, the code still makes it fairly clear as to how you can readily extend it. I’ve got refinements I already want to make, but I’m weighing that against my desire to test the hypothesis that the shareability of R holds a lot of promise for web analytics. Let me know what you think!

Or, if you want to go with a much, much more sophisticated implementation — including integrating your Google Analytics data with data from a MySQL database, check out this post by Mark Edmondson.