Last week’s Columbus Web Analytics Wednesday had something of an odd vibe, but it was also one of the most tactically informative ones that we’ve had to date! The crowd was smaller than usual — 18 attendees — due to a confluence of factors ranging from the influenza virus (not H1N1, as far as I know, but appropriate precautionary non-attendance by several people), to business travel to residential water line leaks, to touching-if-inconveniently-timed spousal romantic gestures! The silver lining is that, to a person, there was genuine regret about not being able to attend the event, which is a strong indication that our informal community of local analysts really has solidified. (Monish Datta was in attendance, so I am able to gratuitously make a reference to him — ask him or me at the next WAW what that is all about, if you don’t already know!)

As for the event itself, we welcomed a new sponsor — Resource Interactive. The topic for the event was search engine optimization (SEO) with a little bit of search engine marketing (SEM). It wasn’t the first time that we relied on Dave Culbertson of Lightbulb Interactive to present, and it likely will not be the last, as his knowledge and enthusiasm about SEO, SEM, and web analytics is both entertaining and informative! 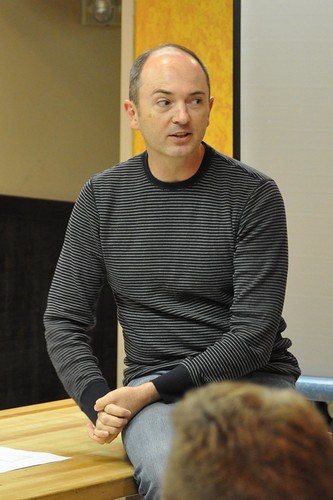 Dave attended SMX East in New York the week before WAW, and he agreed to pull together the highlights of the sessions that he attended. One of my favorite tweets from Dave while he was at the conference was this one:

“Ended up leading a lunchtime discussion on web analytics at #smxeast. Web analytics and SEO – like peanut butter and chocolate!”

Partly because Dave is one of the organizers of Columbus Web Analytics Wednesday, and partly because, well, SEO/SEM and web analytics really should be integrated, “search” is a frequent cornerstone of our WAW topics. Dave’s presentation was titled SMX East 2009: The Spinal Tap Wrap-up. At least half of us (myself included) didn’t get the reference, while a solid quarter of the attendees immediately got it and thought it was quite clever and amusing. There were 11 slides in the deck, so:

The presentation focussed primarily on SEO tips, although there was some SEM here and there. An incomplete list of the nuggets/surprises that jumped out the most to me included:

At the end of the day, search engine optimization still comes down to providing great content in a way that users can easily navigate to it and consume it. Google’s algorithms are geared around making the same recommendations that a human being with an infinite knowledge of what content was where on the web would recommend in response to a question from another human being. SEO efforts need to focus on helping that theoretical human out — not trying to fool him/her!

I also distributed copies of the deck that Laura Thieme of Bizresearch presented at SMX East. That presentation was primarily SEM-focussed, but it also had some great nuggets in it. Unfortunately, Laura wasn’t able to attend WAW (see the first paragraph of this post!) this month. Laura presented at WAW back in July and really knows her way around SEM, so we missed having her there!

All in all, it was a good event!