Monish Datta Stays on the Vegetarian Wagon (Sort of) at WAW

I’ve officially dropped off the first page of results for a Google search for Monish Datta. Further proof that SEO is an on-going process! Monish made a crack last year that this blog was going to start dominating search results for his name. I took his wisecrack and ran with it! “Dominate” has never really happened, but I did briefly climb into the top 5 of organic results a few months ago.

From Monish’s tweets, a handful of us knew he had gone vegetarian a few weeks ago, and no one (Monish included) knew how he would fare at a barbecue joint. As it turned out, he ordered fish, which he said was good enough to count as staying on the veggie wagon. Laura Thieme asked if Monish had actually tweeted about what he was eating. Indeed, he has!

Although I wasn’t cognizant of it as I was reading his tweets, Monish has provided fodder to Twitter critics who equate “tweeting about what you eat” to public navel-gazing. The question is: will he now become self-conscious about it, or, rather, will he go to the other extreme and provide detail at every meal? I’m sorta’ hoping for the latter.

Yes, There Was Actually a Topic Beyond Monish’s Diet and Twitter Usage

This month’s event was sponsored by IQ Workforce. Corry Prohens made the trip to central Ohio to present on what he is seeing on the jobs/careers front for web analysts and search marketers. 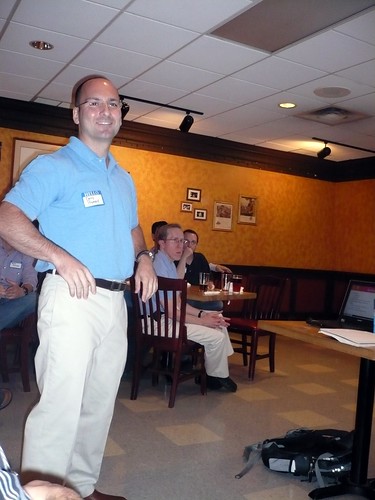 Highlights of the presentation included:

A handful of resources that Corry provided for anyone who is looking to more effectively manage their career in web analytics:

My one addition would be WebSight, Stratigent’s monthly newsletter.

Attendees from Far and Wide

As I wandered around the room chatting with attendees, I realized we probably had our widest geographic reach of any of our Columbus WAWs to date:

Locally, we had had attendees from Acappella, AOL, Bizresearch, Cardinal Solutions, Cisco, Highlights for Children, JPMorgan Chase, Lightbulb Interactive, Nationwide, Ohio Historical Society, Real Estates’s SEO, Resource Interactive, Victoria’s Secret, and a few others that I probably missed (note to self: a sign-in sheet would really be helpful!)

We had a good set of mingling/mixing before and after: 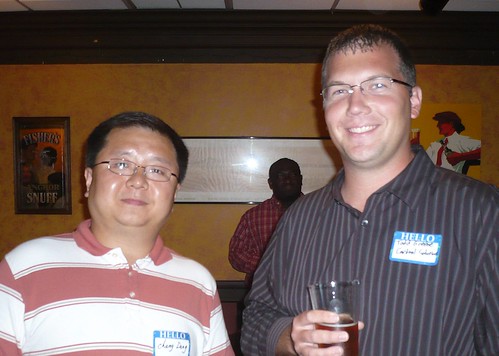 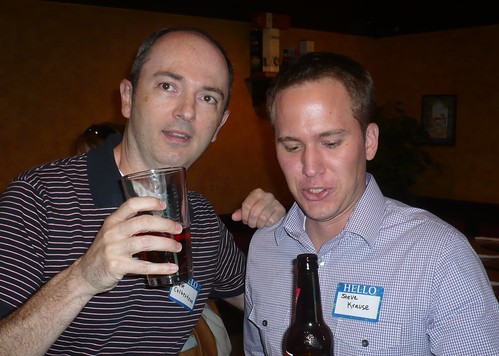 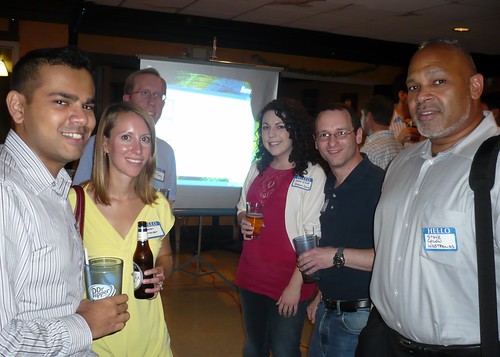 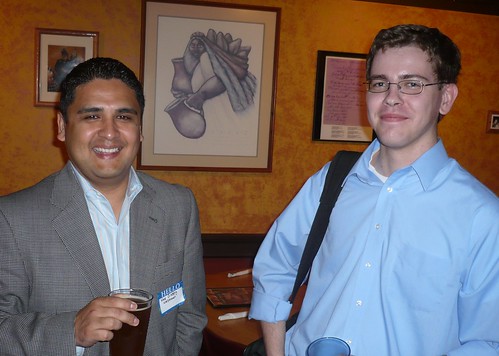 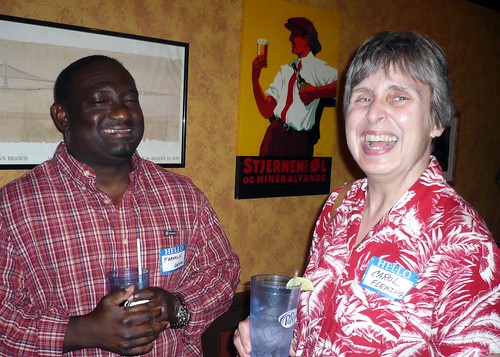 Our next WAW is tentatively slated for September 16, 2009, but I have yet to secure a sponsor. Let me know if you can help on that front — I’ll pursue any lead!