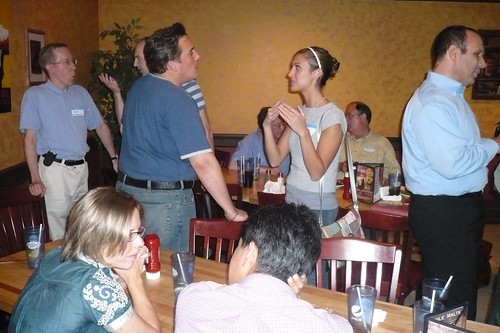 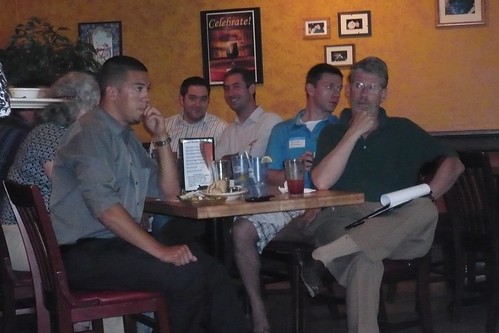 Laura Thieme of Bizresearch presented on search marketing and the challenges of trend analysis therein. She walked through one in-depth case study and sprinkled examples from other clients into the discussion as well. 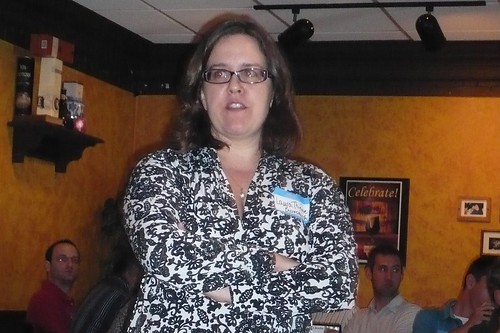 Bizresearch has a product called Bizwatch that, when combined with some fundamental best practices of SEO and SEM, looks like it can yield some handy insights in a hurry! Laura is a self-professed constant tinkerer with her presentations, but I think the one below is pretty close to what she walked us through:

As the group grows, I’m finding that the evenings wind down and there are people I didn’t even get to say “Hi” to — both new attendees and long-timers. But, some of the discussions I had included: 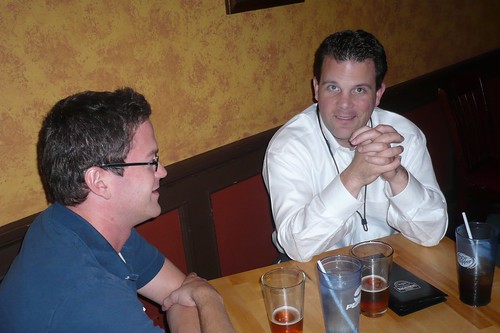 I wrapped up the evening with a lengthy discussion in the parking lot with Bryan Cristina and headed home thinking Thursday was going to come awfully quick. Then I spent an hour getting my neighbor’s garage door unmangled, as she’d backed into it with her minivan before it was fully open and was leaving on vacation the next morning. I am clearly not as young as I used to be, as I didn’t fully recover until I cratered at 9:45 PM on Thursday night and got in a solid eight hours!

Next month’s Columbus WAW is already scheduled. It will be on August 12th at 6:30 PM, again at Barley’s Smokehouse and Brewpub. The event is being sponsored by IQ Workforce, and Corry Prohens will be presenting on job hunting and career management in web analytics and search marketing. I hope to see you there!