It turns out, as I’ve been looking at my records (read: old blog posts), that this month’s Columbus Web Analytics Wednesday marked our one year anniversary, which means it was our 13th WAW. As we were discussing it last night, we thought next month was the one-year mark, but, in a post from last May, I referenced that gathering as our third, and the Internet just doesn’t lie!

It’s only taken a year, but we just might have hit upon the perfect spot: Barley’s Smokehouse and Brewpub. For a nominal fee, we were able to reserve a room, which gave us some real volume control when we got into the group discussion portion of the evening, and there’s plenty of room for future expansion. As it was, the final headcount was 28 people, which was right around 50% higher than we’ve ever had before. Credit for that goes to:

Other than that, we ran our usual gamut of promotions, and,presumably,picked up people through those channels as well. I’m sure we picked up a person or two who was Googling Monish Datta and wound up on this site (I’m up in the top 5 results for a Google search for Monish — I don’t think I’m ever going to overtake his LinkedIn profile). Feel free to take a crack about a WAW blog post not having definitive data on traffic sources…

As to the topic, John kicked off the discussion by sharing some examples of WebTrends customers who are using web analytics data beyond the web analytics environment: 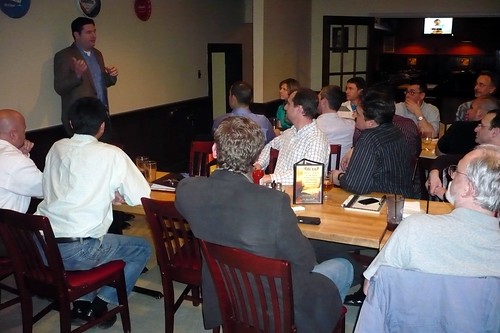 John used those examples as a way to launch discussions of where others are using web analytics data outside of the web analytics environment:

The wrap-up thoughts, I think, could be summarized as follows: 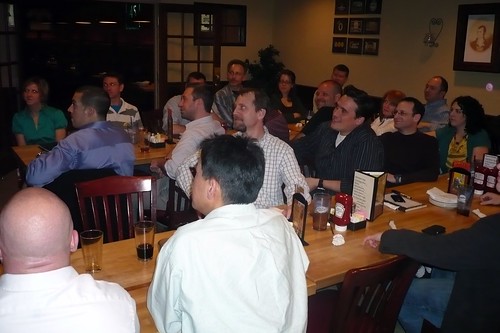 If you’re interested in learning more, it’s not too late to book a trip to Vegas for WebTrends Engage ’09! John’s got a whole session on this basic subject on Wednesday, April 8th.

If you’re interested in sponsoring a future Web Analytics Wednesday, drop me a line at tim at gilliganondata.com!